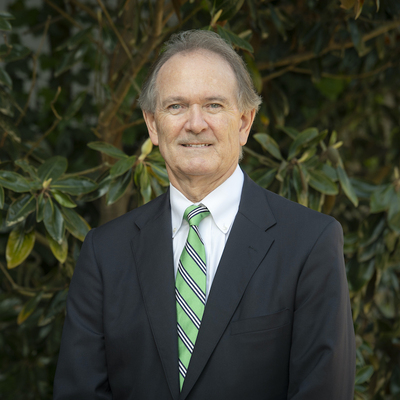 Before Mike Wilkes joined with Dan Atkinson and Alex Joyner to form Wilkes Atkinson and Joyner, LLC this year, he established the Wilkes Law Firm, P.A. in 2003 to focus on representing insurers and individual clients in the areas of professional liability defense, construction and business litigation, and insurance defense. In 2007, Mike opened the firm’s Charleston office to expand the firm’s geographic service area to the coast of South Carolina. Mike divides his time almost equally between the firm’s Spartanburg and Charleston offices.

Before founding WAJ’s predecessor firm, Mike practiced at The Ward Law Firm, P.A., in Spartanburg from 1982 to 2003, and served as that firm’s managing partner for over ten years. He is a past-president of the South Carolina Defense Trial Attorneys Association. He is a member of the Professional Liability Committee of the International Association of Defense Counsel. Mike also has served on a sub-committee of the South Carolina Bar Judicial Qualifications Committee to interview and evaluate judicial candidates.

Mike has been recognized as a “Top Rated Professional Liability Attorney” by SuperLawyers since 2009.

Raised in Atlanta, Mike attended Woodward Academy before obtaining his undergraduate degree in business from the University of Georgia in 1973.  In 1976, Mike graduated from the University of Georgia School of Law and practiced law in Atlanta before moving to his wife’s hometown of Spartanburg in 1979.  Mike has three daughters, four granddaughters and two grandsons.