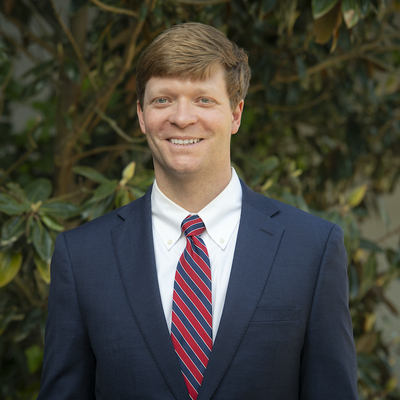 Reed is an Associate at the firm’s Charleston office, practicing in the areas of construction litigation, professional negligence defense, and general litigation.  Before joining Wilkes Atkinson & Joyner, Reed was a law clerk for the Honorable Perry Gravely in the 13th Judicial Circuit.  Following his clerkship, Reed served as an Assistant Public Defender in Charleston County. As a public defender, Reed managed a large case load consisting of indigent defendants charged with misdemeanors and felonies in the Court of General Sessions. In this position, Reed spent a significant amount of time in the courtroom at preliminary hearings, motion hearings, plea hearings, in addition to trying a case to verdict. More importantly, however, was the time he spent out of court preparing for these hearings.

Reed graduated from Wofford College with a B.S. in Psychology and a minor in History. While at Wofford, Reed was a member of the Sigma Nu Fraternity where he served as the Marshal. After Wofford, Reed went to the University of South Carolina School of Law where he graduated magna cum laude. While in law school, Reed was a Senior Articles Editor for the South Carolina Law Review. He also received CALI Awards for Administrative Law and Food & Drug Law in addition to being a member of the Order of the Coif, Order of the Wig and Robe, and the Middle School Mentoring Program.

Reed is a native to the Charleston area. He is married to his wife, Makenzie, and they reside in Charleston with their dog, Beau. When they are not working, you can find Reed and Makenzie cooking, working out, watching sports, or going to Charleston’s myriad restaurants and breweries.